Chrome United, authenticity above all else

At the origin of the Azzaro brand, a small workshop created in 1965 for costume jewelry and fashion accessories. Two years later, Loris Azzaro imagines a line of women’s ready-to-wear and opens a boutique on rue du Faubourg St-Honoré. From then on, success will never leave him. In 1978, the Azzaro house presented its first male fragrance “Azzaro pour Homme”, an ultra-masculine fragrance that has become timeless. In 1996, the Azzaro brand presented its new star fragrance “Chrome”. Also become a great success, Azzaro presents a version in 2013 with “Chrome United”.

Let us first dwell on the meaning of “Chrome”. This word comes from the Greek “Chroma” which means color. Because it symbolizes light and color, “Chrome” echoes the childhood of Loris Azzaro, spent in Tunisia. “Chrome” draws its strength not only from the memories of the creator, but also from the bond that unites him to his grandson, Romain. Azzaro wanted a fragrance that represents the link between generations, but also the passing of time and transmission to his descendants. In other words, the authenticity of the fragrance! “Chrome United” is dedicated to all men, fathers, grandfathers around the world. It is a fragrance that surrounds and unites, beyond borders.

Chrome United, sea spray with the scent of spices

“Chrome United” takes off on the fresh notes of bergamot, enhanced by Sichuan pepper, which gives the composition its strength and beauty. Then, the heart of “Chrome United” evolves towards notes of violet leaves combined with black tea. Finally, the trail of “Chrome United” offers a woody-musky trail thanks to the presence of white musks and cedar wood.

The chrome United fragrance, a new olfactory expression of Chrome …

Embodying the bond uniting Loris to her grandson Romain, the line today symbolizes the values ​​of sharing and complicity in a perfume that is passed on from father to son.

Loris has always been distinguished by his love of others, his attachment to his friends and feelings that are genuine, true, stainless, like chrome. The novelty thus celebrates this masculine friendship, the strength of ties and the feeling of freedom that unites a group of friends.

The name of this perfume symbolizes the bond of this masculine friendship which has value only if it is unbreakable, unchanging and inspiring.

Chrome United evokes this special moment between friends and the pleasure of shared moments.

The bottle is longer – the glass is thicker – the fragrance is deep blue, adorned with silver reflections – the stem of the sprayer is electric blue, symbol of the bond of this invincible friendship – the logo is silver in color and emphasizes belonging in the chrome universe – the original chevron aspect is marked under the base of the bottle. 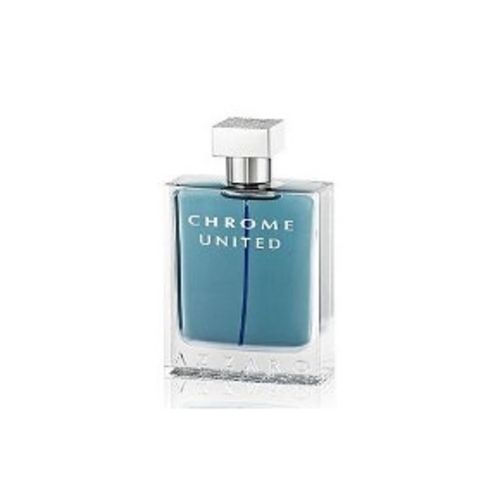 The chrome United fragrance, a new olfactory expression of chrome, is an eau de toilette made up of 3 accords evoking the values ​​of friendship between men:
a fresh spicy start symbolizing escape. Instantly, the lively scent of Bergamot underlines a surge of freshness, followed by our powerful Sischuan Pepper.
A comforting heart evoking moments of complicity. This accord releases the smoky and suave aroma of Ceylon black tea and the vegetal green note of Violet Leaves.
An intense background immortalizing indestructible links. The trail releases a rich accord of Cedarwood with masculine tones and musk with warm accents.

Most popular this month

Kenzoki and its Sacred Lotus Oil